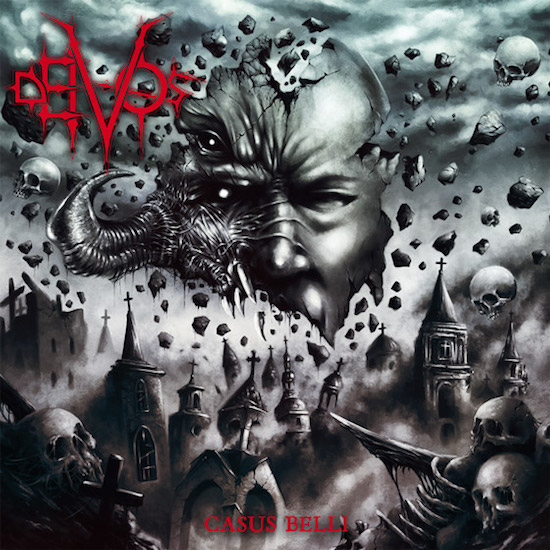 On November 29th Poland-based death metal act DEIVOS will release the annihilating sixth studio full-length, "Casus Belli", via Selfmadegod Records, but today we are honored to host the premiere of the new track 'Nuclear Wind', as a preview of the devastating torment of DEIVOS technical death metal. 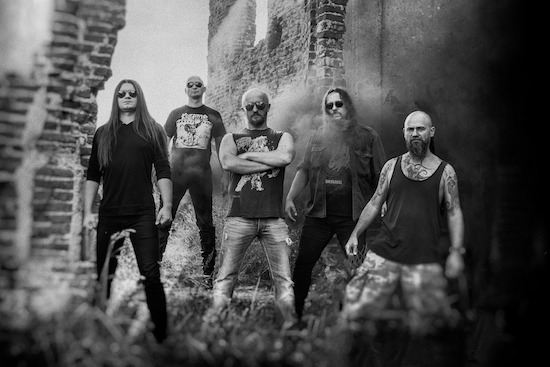 With this opportunity we had a chance to ask Hubert (vocals) few questions regarding the latest album and over 20 years of band's existence giving you an inside details before the records' official premiere date.

Casus Belli means an act or a situation that provokes or justifies a war, right? What did you mean by choosing this title?

Exactly right. Observing the destructive attitude of man towards everything that lives and current tendencies to negate all achievements of science only to justify and enable further degradation of the environment or limitation of individual freedom. All this looks like we, as a species, have fought all living things. In general, that's how I could explain the idea and how we translate the term Casus Belli for our needs.

Given the fact that only a few out there have heard your new album yet, can you tell us what to expect in lyrics, piece by piece?

I have already roughly described the general outline of the subject of the texts in the previous questions, but no problem, I am summarizing what is going on in each song:

1.  Casus Belli - the eternal struggle of man with the surrounding environment justified by religious maxim saying: "take this land and make it subject to itself".

2.  Parallel Gods - in the nonsense of the concept of a personal god, whether it is important how many there are and if there are many, which one to listen to. What if there are parallel worlds, are they ruled by the same deities?

3.  Bitter End - simply the future of human civilization, everything tends to bitter end.

4.  Victims - this text deals with religious fanatics imposing their will on everyone, persecuting persons of a different religion or different sexual orientation etc. at the same time putting themselves up in the position of victim and persecuted for their practices.

5.  Achiever of Nothing - human efforts doomed to failure.

6.  Ataraxy - Ataraxy is steadfastness, balance of spirit, the ideal of inner peace of man.

7.  Nuclear Wind - let it all die out and the remains to be dispelled by nuclear wind.

8.  Prayer Of Disavowed - about the despised of this world.

Although you've departed from the demonic works of Andrzej Leńczuk on "Theodicy" already, you managed to get the fans used to these characteristic covers. The new cover sticks out a bit from what Deivos has accustomed us to in the past (with color and ideas), although what emerges from this crumbling face can be a reference of sorts. Can you tell us how this work relates to music; whose idea is it and describe a little of what it depicts?

I think that if only Andrzej was interested in further cooperation, we would still use his work. Unfortunately, at some point he told us that he did not want his work to be used in this way and only wanted to focus on his tattoo studio. Currently, we look for graphic authors individually for each disc. This time we chose Maciej Kamuda, who already made pictures for metal bands such as Kingdom, Pathology, Impetigo or our compatriots from Straight Hate and much missed Parricide. The cover has been prepared according to our instructions and it refers directly to the subject of the texts, which in general, tell of man as the destroyer of everything he touches, be it for religious, political or selfish reasons.

What was the most difficult obstacle to get through when composing and recording, which song gave you the most ass kicking and in the end, what did you fear the most and it turned out to be the easiest?

Well, for my part I can only say about the vocal side and all in all only 'Nuclear Wind' turned out to be more demanding because of its structure. We were wondering during the recordings whether we might leave it as an instrumental number. Ultimately, however, I think it came out ok. We're not trying to play something we can't, we care about the ability to play our music live so with this approach we don't come across any insurmountable difficulties, usually everything goes smoothly.

Full interview with more details about "Casus Belli" can be found HERE.