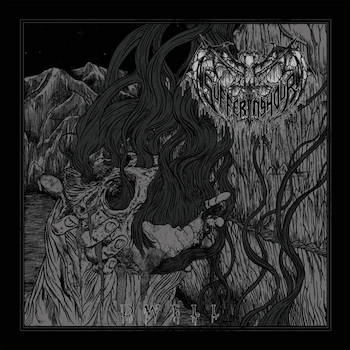 Meeting up with Marcel Marcellus always bears fruit of discovering some new bands, new names and a fresh kind of hangover. This time around one of the names that stuck in my mind after some hours of fun was SUFFERING HOUR. After a brief research I found out that American trio had put out an EP called "Dwell" just a bit ago and that came after a well-received first album. As for the music what we have here is a pummeling senses blackened death metal with some technical mastery and loads of dissonance that makes the whole thing sound eerie but at the same time it's very addictive. SUFFERING HOUR have something new to offer and they seem to know exactly how to go about it in a very convincing way. Definitely worth checking out if sounds of Deathspell Omega, Furia or Mgła are something you crave. 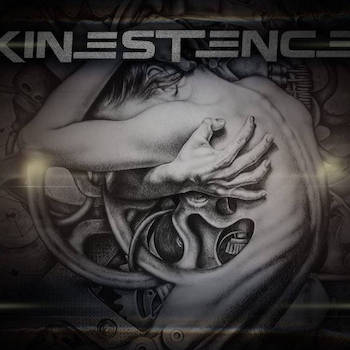 KINESTENCE was a great surprise for my ears. Being a fan of Fear Factory for many years I've been patiently waiting for bands with this kind of industrially mechanized music fused with a base of solid death metal. Few came along in the last couple of years and after FF latest album but this one is freshest yet. EP named "Transmutation" has only 3 songs on it but with the sound KINESTENCE is bringing, with the music they've created and how mechanical and sterile the whole thing is I think it's more than good start. I'd say it's a combination of Fear Factory, Thy Disease and QIP but check it out for yourselves and let me know what'cha think.

If I wanted to list all the bands that current members of MALIGNANT ALTAR are involved in or played in I would run out of room I am given so let's concentrate on music. What they've presented on their second demo called "Retribution Of The Jealous Gods" is a very well arranged and executed old school death metal that ranges from slow and crushing to fast and pummeling by way of going through some mid-tempo excellence. Boys from Houston, Texas know exactly how to play death metal loaded with just enough brutality and heaviness, apocalyptic growling and altogether raw sound that fits demo recording perfectly. If Tomb Mold, Ageless Summoning or Mortiferum are your jam then you better not skip on giving those guys a proper listen.