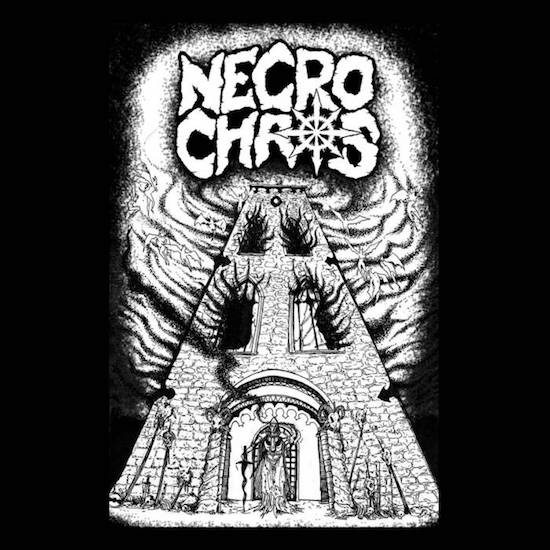 Debut EP from NECRO CHAOS, "Spiral Of Obscurity" out on Helldprod records March 20th, 2020 on cassette limited to 100 copies, delivers a charming all the while hostile swing at the death metal genre. Erecting 4 walls of early to mid 90s death metal fury, the trio manage to contrive a familiar though seemingly unique sound of their own with the noticeable incorporation of synth and some classicism to march alongside bone-crushing and parasitic vocals, wrecking guitar riffs and drums with dark musical themes.

Few days before the album release date, MetalBite caught up with the band at the height of their momentum for a few words surrounding "Spiral of Obscurity". 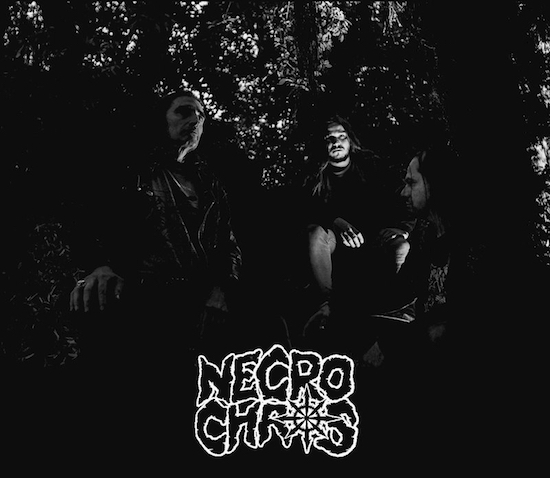 What is the music on your debut EP "Spiral of Obscurity" about?

Morto - It's about different ways of evilness and how evil always returns, creating a Spiral of Obscurity. Sometimes inside the towers of power lives a selfish, greedy, mad man and his evil creations have a huge impact in the many around. In the "Spiral of Obscurity" we have War, Death and Hell!

How long did it take to record the music on "Spiral of Obscurity"?

Deathminator - It took me an afternoon.

DeadOscar - It was done quite fast individually as it took us one afternoon to record each instrument except for the vocals. It took all about maybe 2 months to do everything because one week we would do this and the next we would do that.

Morto - The process of recording was not long, we practiced our songs for some time and when we felt comfortable we went to our rehearsal room and recorded there. It took me a little more time with the vocals. I had never recorded vocals before, so I was not even aware of the sound of my voice. I had to try different levels of low and high vocals in order to obtain something that satisfied us. So it was an afternoon for the drums, one for the rhythm guitar, another for the solos, another for the bass and maybe 3 or 4 afternoons for the vocals.

What sets Necro Chaos apart from other bands within the domain of this style?

Morto - Well, first of all we try to have an identity and not to be something we are not. We try also to be as free as we can in the creation of our songs. We all listen to a lot of metal so we have many influences and not just one genera inspiration. The effects of DeadOscar are also something that is used to distinguish our sound.

Deathminator - I think what sets us apart is the use of effects in the context of the old school riffs which gives a different sparkle to the songs.

The band is from Portugal but your music has a very mid-era Swedish death metal sound; can you explain what led to that?

DeadOscar - I do love the early Swedish death metal so I take that as a compliment but I don't think we sound like that. Swedish DM riffs are generally more thick and punkish than ours. Our compositions are more influenced by the old American death metal and in terms of sound I don't think we sound so raw as the Swedish stuff. And there's no Boss Heavy Metal 2 involved.

Morto - Sweden is a very strong country providing good metal bands, some of them are my favorites, but not only the death metal bands. Of course I enjoy bands as Unleashed, At the Gates, Dismember, Merciless, Repugnant, Entombed and Hypocrisy, but I also enjoy bands such as Candlemass, Gotham City, Heavy Load, Enforcer, Ghost and of course Bathory and Dissection. So if you found something Swedish in our songs it is from those influences, or it can also be by the fact that Europe and Abba songs played a lot in the TV when I was young.