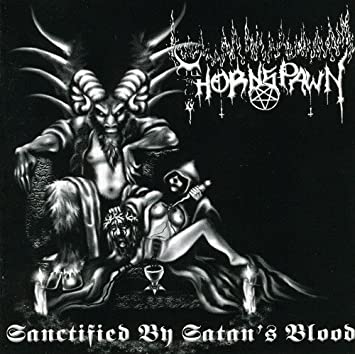 Hope everyone is well.

Let me just say that, during the course of a regular year, the BMR season would be LONG over by the end of May. But because we actually got snow up here in Michigan a week or so ago (plus the fact that our friend the coronavirus continues to bring out the worst in people)...it will be continuing, even if just for a short while.

However, the fact that it is currently 90° and sweltering where I live...today's report will focus on music that, although will stylistically forever be associated with Northern cold and darkness, actually hails from some of the warmest areas on Earth.

We will start with a visit to San Antonio, Texas. The Lone Star State is no stranger to quality metal of all kinds. However, their black metal output is especially rich, and there is none more blasphemous, chaotic, and traditionally primitive than THORNSPAWN.

I always used to maintain that THORNSPAWN's 2002 record, Wrath of War, was the band's quintessential release. Their "if you only one own album by etc" album. However...after a long-overdue re-listen to their 2007 juggernaut, Sanctified by Satan's Blood, I may have to modify my opinion.

The band had already established themselves among the mightiest of the Satanic U.S. black metal elite through multiple demos, EPs and full-length releases. On Sanctified..., they did what I imagine no listener thought possible, which was to intensify the chaos and hatred even more, on both a musical and lyrical level. The whirlwind, blasting, unholy-war mayhem is still present, but with more sustained, neanderthal-type rhythm sections reminiscent of bands like Blasphemy. And this time...they've added this world-destroying low-end rumble to the proceedings that assures complete annihilation.

What I'm saying is...if the other albums are maelstromic battles between good and evil, with demons and warriors of Hades assaulting all that is holy...Sanctified by Satan's Blood shows the conflict joined by a titanic monster rising from the depths (like if the Balrog from Lord of the Rings had a much bigger, pissed-off brother), squashing out any trace of hope the good guys might have of winning. 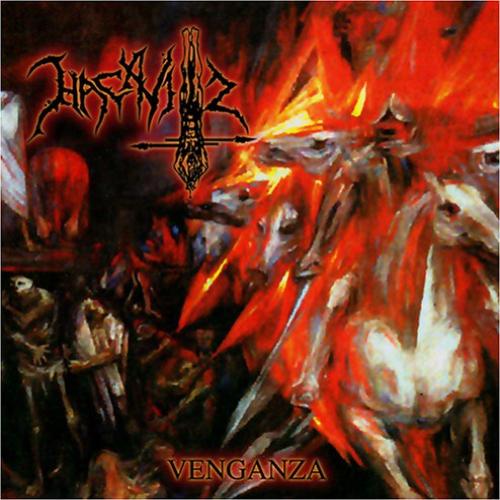 Next, we move south of the border to a Mexican conglomerate (one which I actually discovered in part because of Thornspawn) called HACAVITZ.

Taking their name from that of Mayan god, the darkness of HACAVITZ first touched my soul through a split live CD they did with Thornspawn in 2006. I was already aware of the band at that point because they shared a member with another renowned Mexican horde: Ravager.

Recorded in 2005, HACAVITZ's debut is an incendiary mix between occult exploration and furious diatribes against organized religion. They play a mix of black and death metal. And while I realize such descriptives immediately call groups like Belphegor to mind...the spells HACAVITZ conjures are more like the chaos-ridden firestorm that bands like Angelcorpse spew forth. The music is more varied, with well-placed breaths (and the token creepy interludes between songs) and some incredible buildups into blasphemy and bile within individual songs. 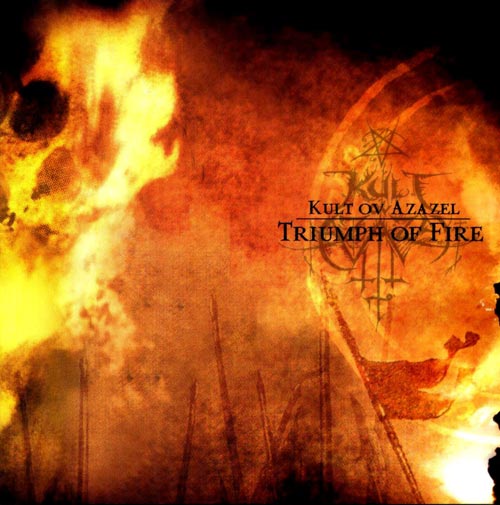 Finally, we journey to a land that will forever be known the world over as the breeding ground of classic American death metal...which is (duh) Florida. There are actually a decent amount of USBM artists that call this humid, infested-with-senior-citizens-about-to-die, tropical wasteland home.

So, here we are in Ft. Lauderdale for the 2001 debut release from KULT OV AZAZEL, titled Triumph of Fire. It also happens to be the fledgling release from the Arctic Music Group (a label co-founded by Malevolent Creation's Phil Fasciana). It's an absolutely kick-ass album, hard to believe it was their first. Well-produced, with 11 Satanic hymns coming at an almost non-stop, blinding speed. We're talking Vobiscum-era Dark Funeral fast, although with no concern for the eerie chord progressions that hang over that band's work. KoA has no time for such atmosphere. A few time changes here and there do nothing to reduce the carnage of the band's assault. (Interestingly enough, during the one or two breaths the band DOES take...they sound positively Obituary-esque.) Exhausting, blasphemic, and truly triumphant.

NOTE: Listen closely for my favorite moment on the record, which comes at the 1:08 moment in the title track (track 2) when, in the silence right before the breakdown, comes a quick, whispered "Burn the Church." KoA mastermind and metal brother-in-arms Julian Xes confirmed last year that this was actually an improvised moment.

That is all for now. Thanks again for reading. And since the atmosphere in the world continues to be desolate and grim (despite whatever the temperature may be in any given location)...I imagine there will probably be another BMR on the horizon not too far in the future.

Please stay safe, and take care of each other.