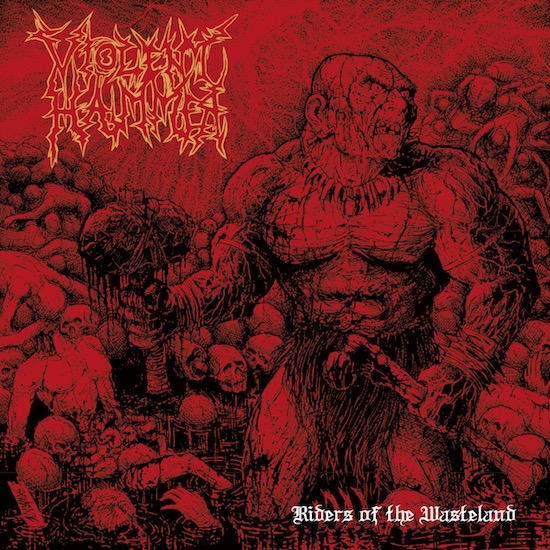 Hailing from the ever-fertile Finnish black/death underground, VIOLENT HAMMER is proud to present long-awaited debut album, Riders of the Wasteland, out on May 29th, 2020 via Hells Headbangers, and today we are honored to reveal those 26 minutes of bestial howls, deranged drumming and psychopathic riffing through nine barbaric slabs of primitive and unremitting hammering.

Riders of the Wasteland is not the kind of record you could rate based on diversity, song-structure or any of that nerdy shit; instead, this is the kind of thing you'd find more comfort and gratification in when making comparisons to a fucking ogre. 'Death Squad' is an undomesticated advance made towards all witnessing the musical mauling. Already devastated by the clobbering, 'Annihilation (Victims of Bomb Raid)' proceeds to add salt to a still bleeding wound with a dreaded downpour of mostly mid-paced doomy snare punctures. '(Trapped) in Depths', treats you like a fat slob of bloody stake and rips you apart with a Polynesian shark-tooth sword after being tenderized by a hand-crafted Neanderthal club. 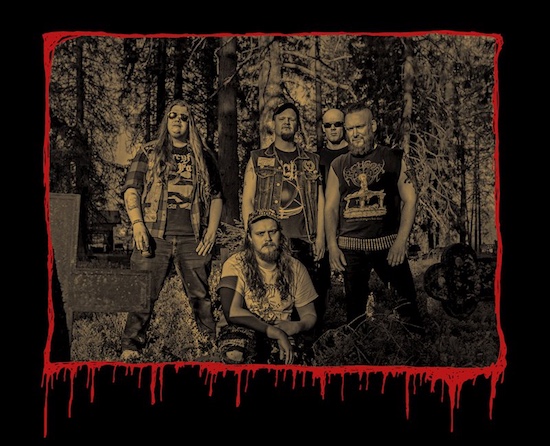 The album as a whole is primitive; take the vocals for instance, analyze the way it gives some account of how the first words uttered by man were so undeveloped and fossilized. Meanwhile the guitars and drums bare resemblance to a mud-hut put together overnight. Not to say the musicians lack the virtues of composing technically and/or rhythmically enjoyable songs, but that has no purpose on something this sort and VIOLENT HAMMER gets that.

Riders of the Wasteland is not meant for you to sip tea to or have a vegan lunch over, this is for the men that live in the gym, have a high intake of calories and despise shaving or anything that has to do with appearing presentable, approachable/hygienic. Metal for Man. A true ancestral beat down. Sasquatch would be proud.

Full review of VIOLENT HAMMER's second full-length "Riders of the Wasteland" can be found here.