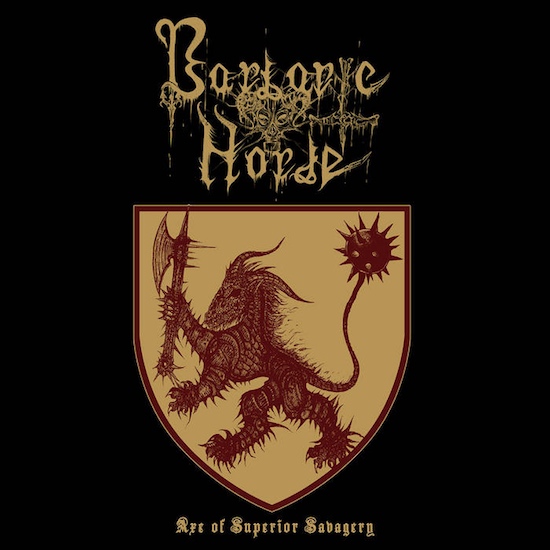 Portugal refuses to be left out of the conversation and happenings surrounding black/death/war metal; hence the region makes yet another intemperate advance as they toss fire tipped spears at the meek and pitiful. The army in question, BARBARIC HORDE, a command of two it appears, though the collective march with trumpeting waves of aggression conveyed via a stabbing of the drum snare, a violent arm wrestle between bass and guitar all of which is supervised by means of a destructive vocal ordinance, making them just as lethal as a platoon of 100. Axe of Superior Savagery out on Godz Ov War Productions June 8th is the unit's 1st full-length developed since the beginning of their march in 2016. As the name implies, nothing is civilized nor mannerly on Axe of Superior Savagery so don't expect to be cuddled. 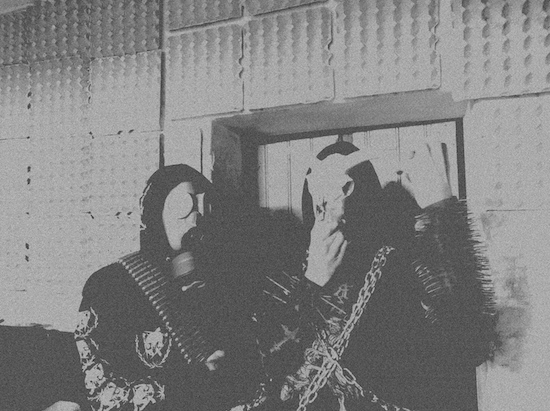 'Tyrant of the Dark Trinity' is a pulse thumping attack possessing features traced back to notable bands such as Proclamation, Conqueror and Archgoat, to even smaller ones the likes of Caveman Cult and the short lived but exceptional, Damaar (Lebanon). Most certainly BARBARIC HORDE are not without their own penchants as you'd find the kick and bass is quite definitive and is in someways a challenge to the primary guitars in opposition to being suppressed in the mix. This is easily noticeable with 'Antichrist Command' and 'Venomous Infernal Carnage' that see the main guitars move about restlessly under the drums and vocals resulting in a blurry-chaotic sort of buzz that aggravates the violent tone on Axe of Superior Savagery. Meanwhile, the drumming through its primitive behavior emphasizes 'Savagery' in the album-title given it's pronounced and played in a brutish exclamation identical to that of an almost preliterate form of communication.