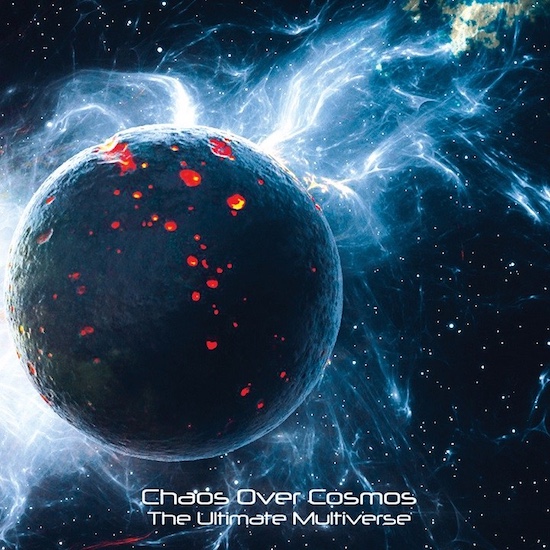 Enter the vessel and prepare for a space geodesy when you get your hands-on CHAOS OVER COSMOS' second full length album, The Ultimate Multiverse. Having always been a supporter of progressive metal but rarely finding the time to highlight a few bands, after hearing this album, I refused to let the opportunity slip-away. I think my gravitation to the sub-genre was aided by the video games I started playing in the early 2000s; Betty Bad, Dark Orbit and a bunch of titles from Wild Tangent really molded my interest in real science and science fiction through the worlds those games presented for adventure and the ambient music that accompanied them. But to hear metal bands give musical representations of themes rooted in science fiction and video games could be just as exhilarating and adventurous as playing a video game of that nature.

The Ultimate Multiverse resurrects feelings of getting tossed into some random place in space or a planet unknown to man and even incites nostalgia, making you wish you still had your HP Pavilion PC with those trial version video games that came with it. Its combination of highly catchy melodies, darkly ambient revealing keyboard atmospheres and guitar solos telling of a nomadic drift outer space, reconnects the listener with his/her inner child. I haven't enjoyed a progressive metal album this much since first hearing Synthetic Breed's Perpetual Motion Machine, and while The Ultimate Multiverse is different from that album (at least on a technical level), I can't help listening to it repeatedly as I would that of Synthetic Breed's.

Full review of CHAOS OVER COSMOS's second full-length can be found here.

"The Ultimate Multiverse" will be released via Narcoleptica Productions June 20th, 2020.

CHAOS OVER COSMOS is: