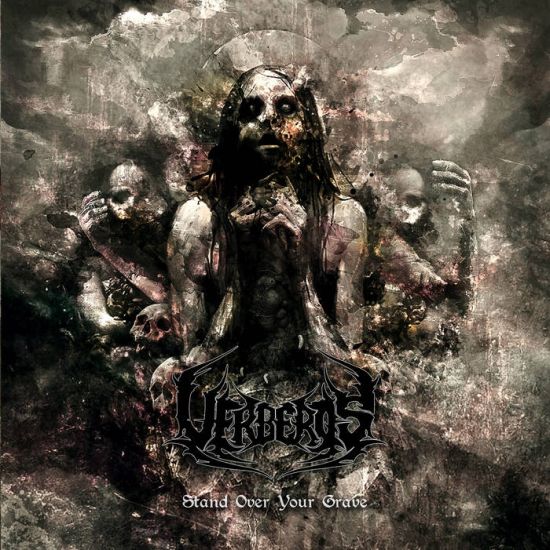 If Sinister were to stop making music then Uerberos would probably be the ones to pick up the torch set-down given how close they sound to the Dutch death metal demons. With some black metal patrolling the outskirts of the death metal territory, Stand Over Your Grave is the band's 2nd full length, and coming from Poland and knowing how crushing death metal from the area is, there was no debating whether or not it was worth a dive.

Usually not a supporter of such clean production in metal and death metal specifically, though there are some exceptions. Uerberos is one, their technique is crazy good, hence the clear sound does not hinder the tunes. From the first notes played on 'Levitation', you could tell a sonic storm was in the making. Greeting the listener with assertive blast beats, ape-strong riffing and a vile vocal presence as though vomiting mucous, this track makes a serious first impression on the listener, thus warranting a thorough play-through. First impressions are very important, and given the production is this sparkling it would only be fitting that Uerberos make most of this to demonstrate their musical skill. But it doesn't end there, as the band adequately follows-up the opening show of hostility with a limb-tearing, mutilating piece called 'Ruthless Execution'. Get ready to fuck shit up, the riffing, the drumming, the vocals, the sheer presence of violence radiating here is insane and only fortifies the posture of this Polish pummeling labelled Stand Over Your Grave. 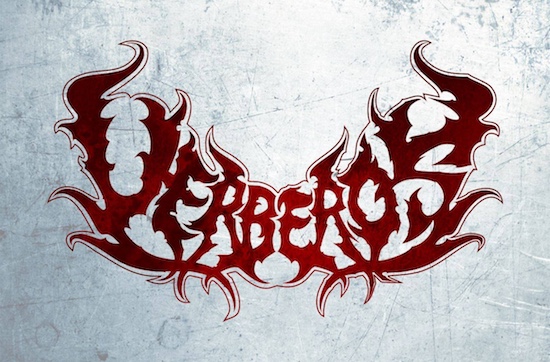 By now I figure you want more of their metal madness, then check out one of the best entries on this ball of fucking biological disdain, 'Beautiful Crimson of Your Blood'. Stripped, gagged, starved and beaten like a pinata, kerosene is poured on the flames. Drums hit like an avalanche of stones, a vocal dictatorship hovers over the listener like a dreadnought and the riffs swarm you like a thousand wasps. Thus Stand Over Your Grave refuses to tone-down anything; through and through you're given the most obliterating pieces of music composed by the band, obliging you to listen to the whole fucking album. This madness is gladness, 'Flaming Darkness', 'Stand Over Your Grave' and 'To Make You Suffer!' sustain the vitriol with a shift in tempo applied delicately with the guitar leads serving-up some of the catchiest and meanest strings on Stand Over Your Grave. And with those black metal chord progressions occurring frequent enough, it's nearly impossible for the music to stagnate.

Stand Over Your Grave is an overdose of extreme inoculations, developed to decompose and destroy. Out on Godz ov War Productions July 6th 2020; get torched!!!

Full review of Uerberos's second full-length "Stand Over Your Grave" can be found here.