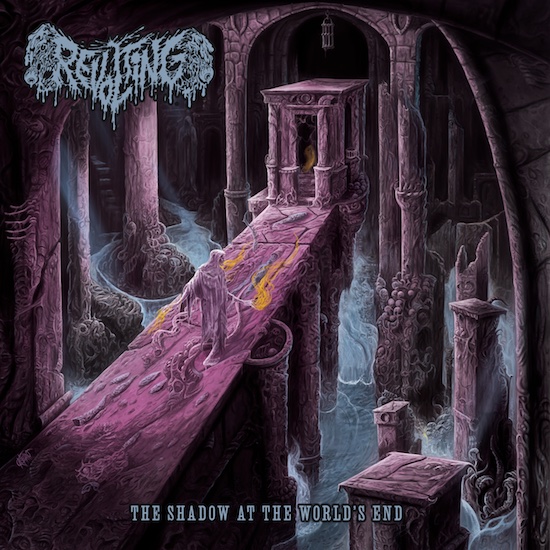 As if there is no end to Rogga Johansson's creativity within the death metal genre, he once again proliferates and steers the newest album from one of his more longstanding projects, REVOLTING. The newest album out on Transcending Obscurity titled "The Shadow At the World's End" places the stamp of longevity and milestone in REVOLTING's history as this latest record marks the 7th full-length entry in their discography and 12 years active since being formed.

The single placed on the altar of Swedish death metal titled 'Daggers That Mimic Life's Pain', in flamboyant grace traces back to the roots of Gothenburg style death metal. Thick overcast skies of melodies burst and rain down on you in bliss when Rogga's guitaring takes the lead, then you're submerged by the throbbing pulse of Martin's drumming and Tobias' baselines, yet the flavorful old school Swedish death metal seasoning can be tasted thoroughly as a result of the meticulous production. 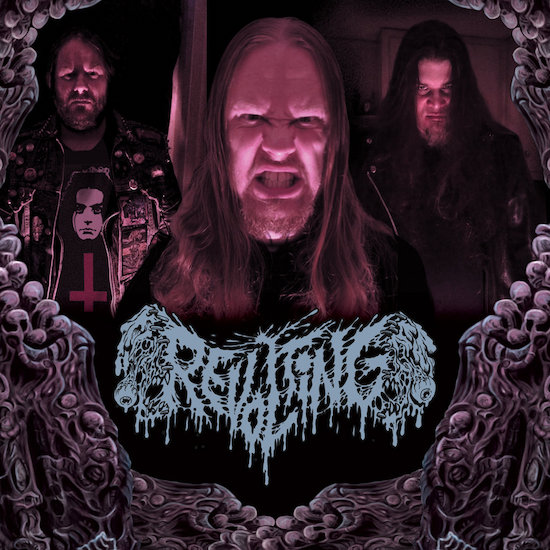 Done by the book with attention to detail; 'Daggers that Mimic Life's Pain' is but only one incision of many scrapes, bruises, cuts, slices and thrusts that you'll get to experience once "The Shadow At the World's End" is officially released on the 27th of November. And with such beautiful artwork (aesthetically similar to Gorguts' - "Considered Dead") by the reputable Juanjo Castellano, you'd be scarring yourself by not getting the record. Definitely set to be one of 2020's highlights and a personal best in REVOLTING's catalogue.