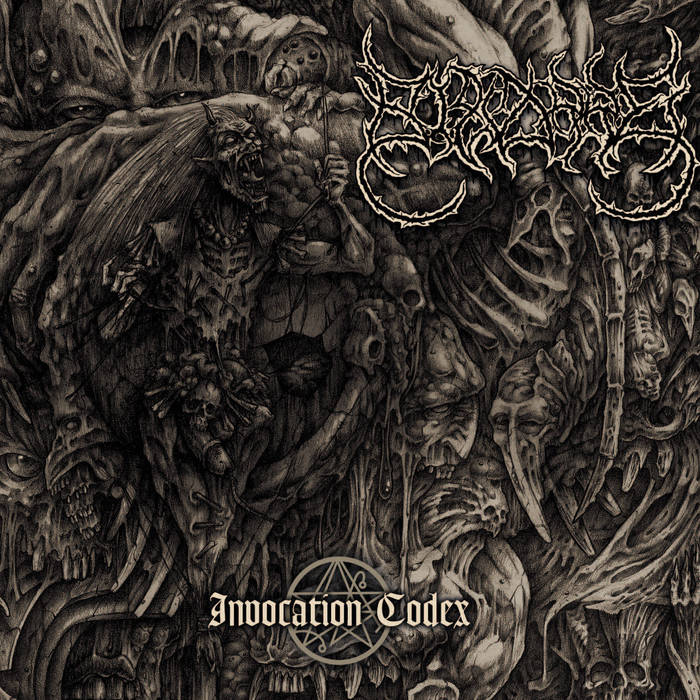 If you pay attention to MetalBite's monthly Top 10 column, you might notice that we have a bit of a...fondness for Transcending Obscurity Records. That's not by accident: we've been taking notice that the label is constantly outdoing themselves and has gone into an apparent overdrive during the pandemic, putting albums out at almost twice the rate they were even just a few years ago, all the while, they've been expanding the palette of their roster into even odder directions. That deserves some attention.

Of course, none of that would matter if all the albums T.O. released sucked, but fortunately they don't! Far from it. If anything, there's almost too much being put out to know what to focus on, and that's not even considering that there are, y'know, other record labels out there that also release music that is sometimes worth hearing. For those reasons among others, there's a possibility that Invocation Codex, the debut full-length by the Spanish band BIZARRE set for release on October 29, 2021, will slip through your fingers without you giving it the recognition it deserves. So here we are, recognizing it, with a advance track from the album premiering right here today!

As with any band that plays in a 90s death metal-influenced style, BIZARRE use Morbid Angel (mostly the first two albums) as a base for creating a sinister, blasphemous atmosphere via the trademark sharp, thrashy chugging. The influence isn't obvious at all, mind you. Invocation Codex is not another "oh look, an album that makes me want to listen to Altars of Madness after two songs" album, they instead use their idols as the starting point for spiraling into a more varied and emotive gateway. BIZARRE flirts with keyboard ambiance, Deicide-styled multitracked high/low vocals, and triumphant guitar leads to expand their Satanic palette and give Invocation Codex the rounded character it requires in 2021 - all without losing that "summoned by demons to spew decrees of heresy" vibe that all the best classic death metal has.

The band that Invocation Codex reminds me of the most is Aeon, although their blasphemous themes and punishing grooves were more overt. BIZARRE is subtler and more esoteric in theme, with most of the influence from the Swedes being felt in the way the puttering, groovy guitars drive the songs. The more unusual ingredient is the contorted yet meaty Finndeath influence (Adramelech is mentioned in the promo), paradoxically giving the dry chugs and snaking verses more colour with a melodic release. Where similar artists might ham-fist some sugary grooves in for easy crowd appeal, BIZARRE never lose their tension and edge when venturing into cathartic releases. In turn, the music on Invocation Codex is much more dynamic and has much more staying power, toeing a delicate line between catchy and evil and doing it without even flinching. 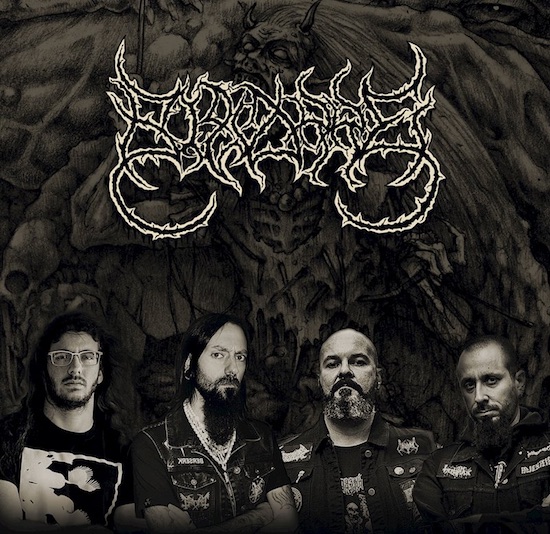 It's surprising this is a debut full-length - it feels like a second or third album with how refined and in sync the band members are with each other's ideas. The sound of BIZARRE feels familiar, with a certain freshness that keeps you coming back. It's like a familiar dish of meat and potatoes when you use a couple of new spices you've never tried and it ends up working out really well. Only problem is you end up wanting to put those spices on everything! Now I don't know how I'm going to go back to my Deicide albums without craving some haunting keys all the while.

The song that we've been summoned to introduce is 'Souls in Formaldehyde', the sixth track off Invocation Codex. The song is a great snippet of all the little quirks that make BIZARRE worth an extra look: the mid-era Morbid Angel guitar rhythm that makes up the main verse, floating keyboards that creep in when you least expect it to fill a space that you didn't even realize was empty, and a classic eerie OSDM lead melody to reward those who dare to venture deep enough. The drums and guitars are surgically tight while still having a certain breathable quality, perhaps something that the drummer picked up from his few years playing in Wormed, who themselves manage to pack a ton of feeling and atmosphere into the notoriously sterile genre of brutal death metal. BIZARRE occupy a similar fringe realm to their fellow countrymen, just with more old-school as opposed to modern stylings. Whatever you want to call it, this is worth a thoughtful listen for any death metal fan.