I was pretty surprised to see that the Dutch girls from Cobra Spell didn't had their male vocalist Alexx Panza anymore but Kristina Vega from Born In Exile in their line-up. However, this didn't matter anyway because the five girls rocked the Turock right from the beginning. Playing old school traditional heavy metal in the vein of the 80s (and wearing clothes that would have been cool back then, too) they knew how to kick ass and played some songs from their two EPs and a cover version of W.A.S.P. ("Animal (Fuck Like A Beast)"). I guess that nobody got disappointed with this retro gig – concerning both, ears and eyes. I hope that they are going to release a full-length album soon, this would be pretty fine! 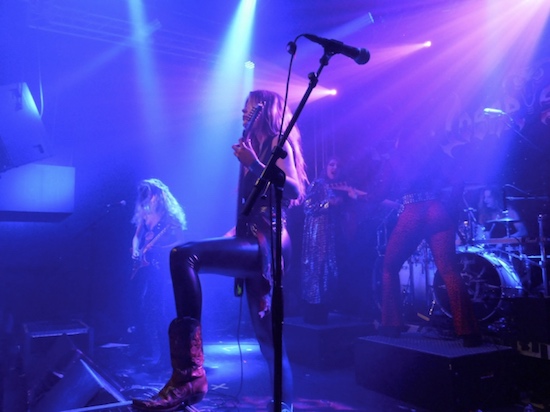 The biggest surprise to me (and the photographer from the Deaf Forever) that evening were the guys from Ambush. I have to confess that I knew them only by name (and the album cover) but I was completely blown away by them right from the beginning. Playing straight away heavy metal like old Judas Priest combined with Iron Maiden and Accept they were really celebrated by the audience. Crowdsurfing and some really wild mosh pits took place in front of the stage and the Swedes really enjoyed the good mood. The stage acting was quite cool and reminded me of some old Priest concerts and you could see that the guys really had fun to be on the road again. 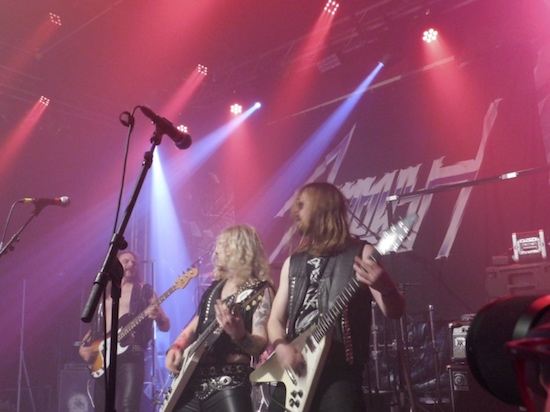 After Ambsuh the reason why I originally came to Essen for this evening entered the stage: the speed metal guys Evil Invaders from Belgium. Though I have to say that I love the first two albums much more than the last one, Shattering Reflection, because there are too many mid-tempo tracks on it. However it was great to have the opportunity to see them live but I was pretty disappointed, especially in the first 20 minutes because the sound was pretty bad and you couldn't get the songs too clear. I have to say that I had to take a look at the set list to guess which tracks they played, only 'Mental Penitentiary' I could recognize. But after these 20 minutes the sound slowly got better and all was fine. Nevertheless the audience didn't care about the bad sound and celebrated Evil Invaders massively. Of course it wasn't really their fault and they did all their best to do a cool performance and I have to admit that their show was very impressive. It started with the microphone stands up to the stage acting – all that was very professional and I would like to see them again with a better sound. 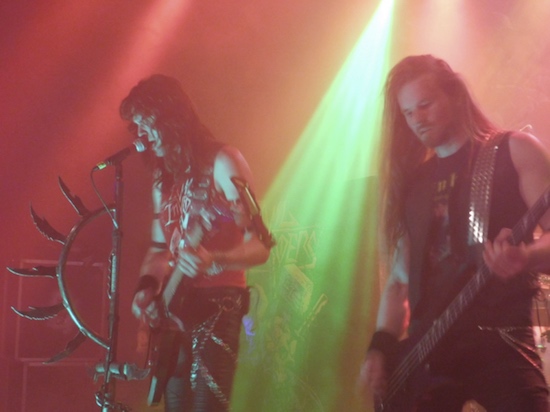 And now the band most of the guys in the crowd were waiting for had it's turn, Swedish Enforcer. Starting their performance with 'Undying Evil' the guys are optically quite similar to the guys from Ambush and of course they also performed some heavy metal tunes back from the 80s. The whole club was boiling and I guess that they might have even played some poser stuff from the 80s and the audience would have loved it. Everybody was almost eating out of Enforcers hand, really crazy. So it's no wonder that they had quite fun performing and posing on the stage and just like Ambush, they had a home match. The audience was celebrating each song they played, sung along with them and a lot of people were stage diving and crowd surfing. After the concert you could meet all the guys at their merchandise to have a chat with them, I guess that is not always a matter of course for some bands. So I guess that was a very amazing evening for everybody – and really unforgettable. Especially for me having a ghost driver on the highway on my way back home. 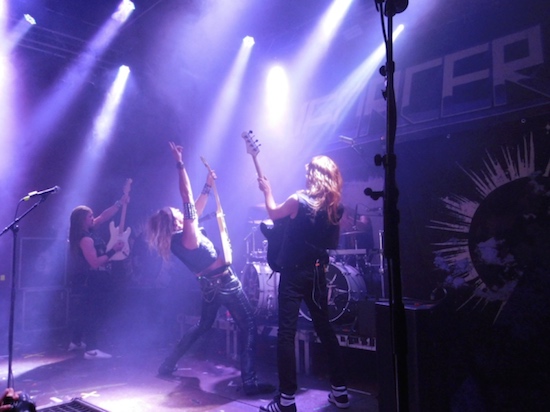