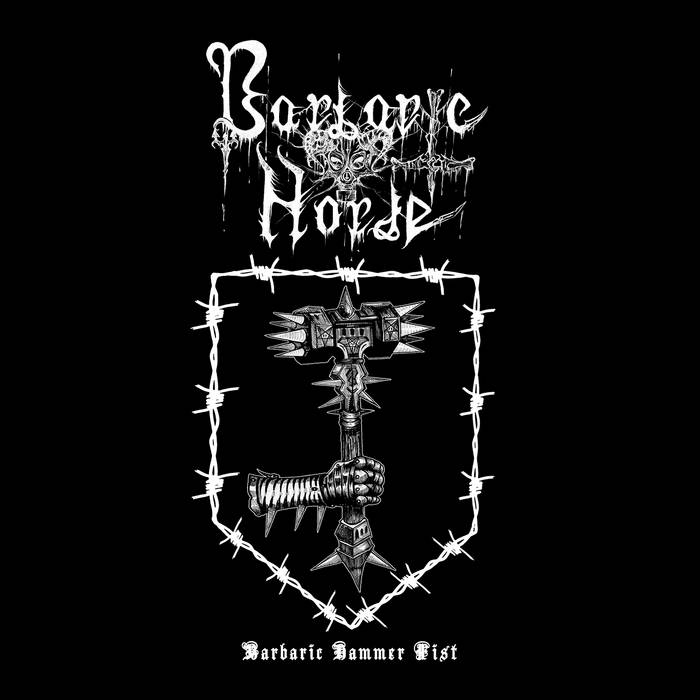 All that is war is brought to you via the relentless hand of punishment that is BARBARIC HORDE. Risen with spectacular might and breathtaking awe, the Portuguese war metal maniacs bring forth their latest installment of disaster in the form of Barbaric Hammer Fist. This album is even better in my opinion when compared to their debut full length Axe of Superior Savagery. The production is seemingly thicker and cloudy in comparison to the sharp grazing noise that was on the previous assault. Vocals are under the bassy kick and the riffs are shelled out under the cloud of clanging.

This kind of production was well thought out you could say as it gives the listener a perspective or representation of a hammering, thudding, groove; and while we could all sit here and share comparisons and debate originality, it's metal, war metal at that, it would be extremely difficult to mask the influences before you and even harder to make a record this sort (black metal) without being a copycat to some degree, so let's not thread down that path. It's the way of the subgenre, you pick your influences and throw on a camouflage, bend in and hope that you still stand out somehow. It's the tale of this subgenre and BARBARIC HORDE while blending in with the likes of a far less chaotic/technical Revenge or Damar, still manage to carve out a sound that they can be identified by. Impressive if you ask me. 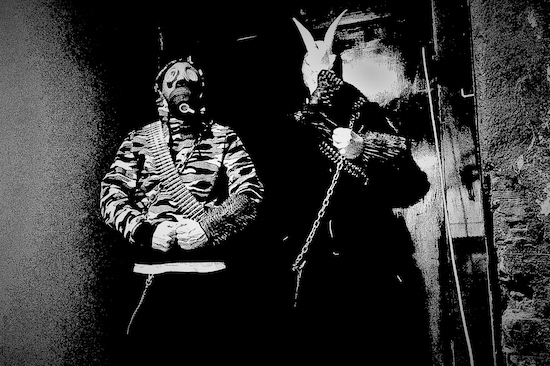 Looking into the march that is opener 'Havoc Kommand', leading to a nasty offset in the furious workings of 'Iron Calvary Assassins', the mission seems pretty obvious, demolish to a battered pulp and leave behind a path of desolation. As implied the (instrumental) fury is brought into then spotlight on compositions such as 'Savage Rituals Return' and 'Caller Of Deformed Spirits' give testament to this. All in, no messing around, prepare to be obliterated when you get to the slaughter fest that is 'Sanguinary Triumphators' that display both a pulsating yet semi technical string onslaught in the soloing department. Vocals are a gasping shout and the lofi drumming cloak the instrumental atrocities.

It's a good one that came rather earlier than expected; such is the way of the predator, you always have to be on the lookout when your flesh is weak. Pickup the copy of Barbaric Hammer Fist on LP / CD / MC and digital through Godz ov War Productions on June 10th, 2022.