EXECRATION Unveil Video for Title Track 'Return To The Void' 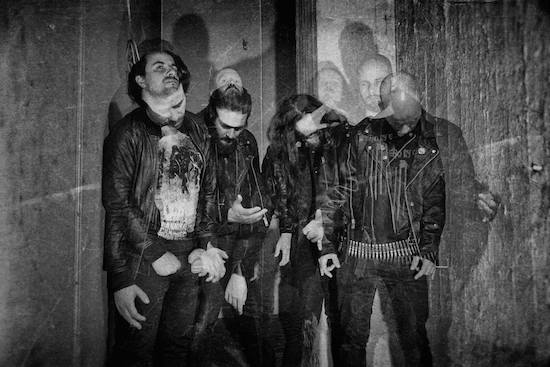 On July 14th, Norwegian death metallers EXECRATION will release their new album, Return To The Void, via Metal Blade Records. Today, the band has launched the title track as the first single/video, which can be viewed below.

"Coming off of two double 12" vinyl albums, the first clear goal for writing 'Return To The Void' was to deliver the same kind of dynamic and shifting song-writing in a more condensed to-the-point package", comments Execration. "As with the previous two albums, we wanted to capture the feel of a live performance, so all the basic tracks (drums, guitars, bass) were recorded live in our rehearsal studio in Oslo over the course of a weekend. Vocals, synths, and various effects where recorded the following weeks with assistance from Andreas Tylden (One Tail, One Head / Altaar). The album was then mixed and mastered by Tom Kvalsvoll of Kvalsonic Labs."