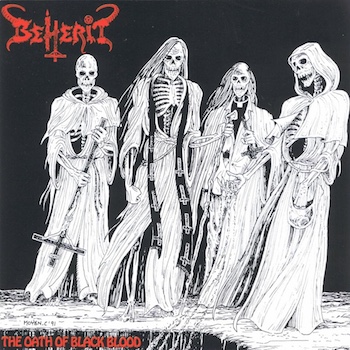 First off, I would just like to apologize for my month-plus absence from MetalBite. As cheesy as it sounds, the death of Neil Peart hit me way harder than I thought possible. I've basically been in mourning and listening to all the Rush. (Studio albums, live albums, bootlegs, etc.) But, a few days ago, I sensed it was time to dive back into areas cold and misanthropic. So here we go.

My stepfather is Swedish, and highly Swedish at that. One thing that always fascinated me was whenever he would talk about the differences between Finland and all the other corners of Scandinavia. From cultural activities to the language itself, he always talked about how Finland sometimes seemed like its own civilization.

Although not quite as renowned or popular as the scenes in say, Norway or Sweden, Finland has birthed several classic black metal acts. And every band sounds unique. (You know how you can very easily pinpoint the "Swedish" sound? Or "TNBM?" Good luck trying that with Finland bands.)

Anyway, we are looking at early chapters from three different Finnish masters, the first of which is BEHERIT.

If you feel the need to subject yourself to a primitive, neanderthal-esque, blasphemous beating, look to BEHERIT; one of history's chief architects of primal black metal chaos. (Although I suppose I could very easily been talking about ARCHGOAT.) So it's back to 1990 for their legendary "The Oath of Black Blood". One thing that is especially cool to hear is that, even amidst the distorted, nonstop heretical hammering (which so frequently invites the ARCHGOAT comparisons)... you can hear the beginnings of the exploration of stranger soundscapes (electronic or otherwise) that would characterize the band as the decade progressed. 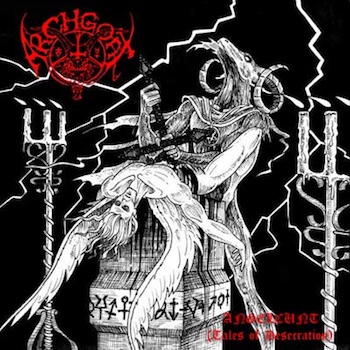 Another Finnish founding father of unholy filth (you're welcome) would undoubtedly have to be ARCHGOAT. Formed in 1989, they were barely a whisper above the underground before they went on hiatus in 1993. Ever since reforming in 2004, they have been slowly building a fervent following, thanks in no small part to the tireless efforts of labels like Debemur Morti and Hells Headbangers.

I invite you to enjoy their debut EP, "Angelcunt (Tales of Desecration)". Released in 1993 (not long before the band disappeared), the black metal contained in these 14 minutes is not QUITE as primitive as one would expect. Does it just clobber you continuously for those 14 minutes? DUH. But there is some nice soloing in there, and an almost doom-metal feel at times. Honestly, it reminds me very much of Golgotha-era Incantation. 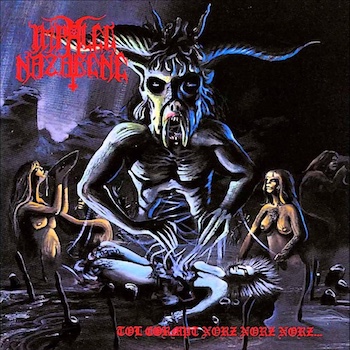 We will close out this installment with a band that was the first (and for many, still the best) Finland act that made themselves well-known on a worldwide scale...

France's Osmose Productions label, although continuing to spew forth black/death records from the underground, pretty much had a monopoly on BM bands in the early 1990s; bands that would go on to become classic artists from the genre's golden age. Immortal, Enslaved, Marduk and Absu are among the many bands that Osmose unleashed onto the world. (Other bands that have released albums on the label include Blasphemy, Thornspawn and Urgehal.)

So yes, we are going back to yet ANOTHER classic debut from the early 90s. This time it's IMPALED NAZARENE, with the mysteriously-titled "Tol Cormpt Zorz Norz Norz" (1992). (One metal site has it translated as "You Shall All Be Numbered Six Six Six," which is entirely possible.) And although they have enough "traditional" black metal elements to be labeled as such, they definitely made the sound their own. Their debut is this wonderfully chaotic clusterfuck of black metal, punk, and even some traditional hard rock passages. The band's confrontational, anti-everything, warped-sense-of-humor lyrical sensibilities were present from the get-go (song titles here include 'Impure Orgies,' 'Goat Perversion' and 'The Art of God (Symmetry of Penis).')

Thanks for reading. Hopefully the next break won't be nearly as long.