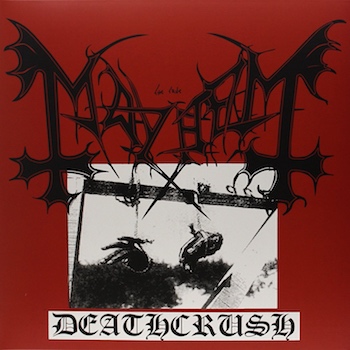 When it comes to geographical locations, I daresay that, whenever the term "black metal" is uttered, there is no country that springs to mind quicker than Norway. Thanks to certain films, articles, documentaries, etc. over the years, even non-metalheads are familiar with the phrase "True Norwegian Black Metal"

We have already covered some early recordings by Emperor and Darkthrone. Now it's time to enjoy the first efforts of some of their colleagues.

Just because of its release year alone (and henceforth the fact that it predates SO much of what their fellow countrymen were doing), it seems that MAYHEM's "Deathcrush" EP (1987) is a suitable place to start. Although it would be a few more years before the band found and unleashed their true power (in the form of "Live in Leipzig" and "De Mysteriis Dom Sathanas"), "Deathcrush" was where it all began. It was hugely influential (Darkthrone's Fenriz has repeatedly said it was one of his main inspirations when he was starting out). There are echoes of the later MAYHEM's trademark eerieness, but what we mostly have here is brash, unrestrained extremity. The title track AND the gentle ballad known as 'Chainsaw Gutsfuck' will still sneak into the band's live sets from time to time. The fact that this predates the debuts by pretty much all of the band's colleagues, and the fact that they are still spreading their evil in the live environment over 30 years later, is a testament to their eternal power. 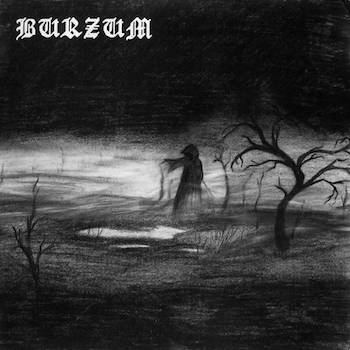 Next, let the record show that I am not a huge BURZUM fan. A lot of that has to do with the fact that Varg Vikernes is a racist, self-absorbed and (at one time) murderous freak. HOWEVER, BURZUM's incredible importance to the history, sound and development of the entire Norwegian Black Metal scene is almost too all-encompassing to put into words. And so... we are listening to the first official releases from BURZUM, which are the self-titled debut album and the "Aske" EP, both of which were recorded in 1992 (amidst the church burning activity, which Varg supported, but BEFORE he went and stabbed scene godfather Euronymous in the face a bunch of times). Taken on its own, the CD is an excellent example of the cold minimalism that characterized the music of the genre at that time. At certain points, Varg seems to be trying to be too abrasive in his sound (which I suppose is the point)... but its power is undeniable.

Anyway... BURZUM. Scene founder. Stylistic pioneer. Black metal legend. Violence monger. Barely-cloaked neo-nazi. There we have it. BURZUM in the BMR. We'll see if we feel like revisiting as the season rolls on... 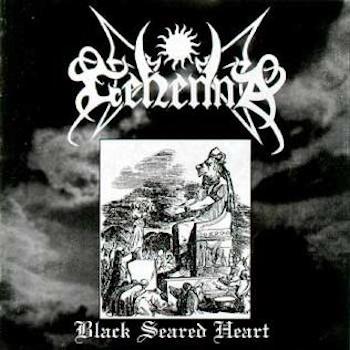 We will conclude today's trip to Norway by revisiting a band which did not gain anywhere near the fame and notoriety of the other two discussed today, but are just as important in the landscape and history. The band is GEHENNA, and the CD is a collection of old demo and unreleased material from 1993 and 1994, titled "Black Seared Heart". These recordings are about as primitive as TNBM can get (and that is not a bad thing). With their occasional use of almost folksy keyboard melody, this set actually reminds me of (a much rawer version of) old Satyricon. GEHENNA would actually go on to make quite a name for themselves as the 90s progressed, before (temporarily, it seems) succumbing to death metal possession.

NOTE: While a few more well-known acts have gone through that metamorphosis from raw black metal to a kind of black/death hybrid (Behemoth and Belphegor being the best examples)... GEHENNA is a rare band that went through that transformation... and then circled back to the pure blackness. Listening to their catalogue is always a fascinating experience.

That's all for now. Time for me to go prepare for what is apparently going to be a rainy, flood-ridden weekend (which will eventually morph into a snowy one).

Why is it I still live in Michigan again?