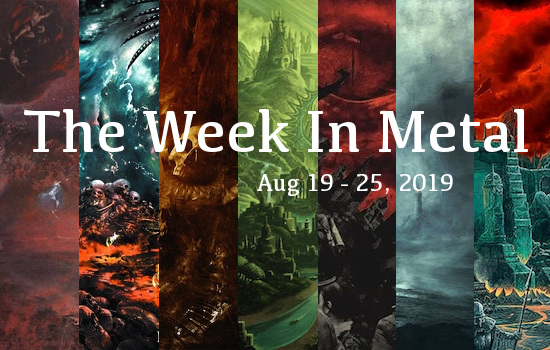 Judging by increased number of releases, summer must be doing its final lap (except here in Florida of course) and we're back to +- 30-40 releases on any given week. Some bands were so eager to get back to work after vacations that one released its brand new album in over 20 years (Sacred Reich), another one had too much ideas laying around and went for a double with full-length and EP on very same day (Bryan Eckermann), and a horde of black metal artists did everything in their powers to rip apart your final shiny summer days with their tormented visions of eternal darkness.

Obviously there's a lot more sprinkled sulfur in between so, hit play and indulge the stench of wailing creatures rooming the halls of the underground but in case I missed something (and I surely did) I hope in a comment section below you can point me into the records I overlooked or bands to keep an eye on.

Groove metal from Russia: Багира - From Russia With Groove (Independent)